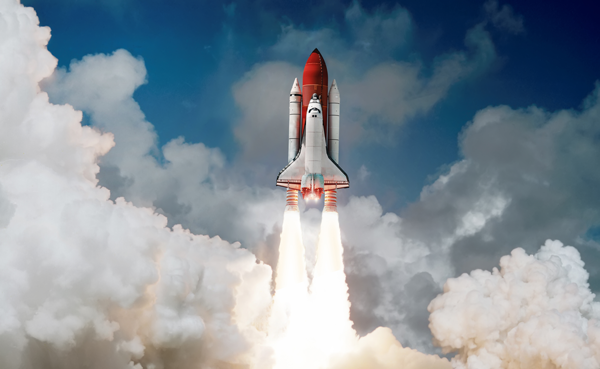 The Australian space industry was largely restarted with the creation of the Australian Space Agency five years ago, with the goal of tripling the size of the local space economy to $12 billion by 2030 with a target of 20,000 new jobs.

In delivering on that vision, launch facilities are critical as they are at the pointy end of the supply chain. There is little point in developing a local nano-satellite industry and having to go offshore for launch, so the development of launch facilities is a priority in the creation of the local space industry eco-system.

So far, three launch facilities are under development, with the most significant event taking place in July this year when three NASA rockets were launched from Equatorial Launch Australia’s facility at Nhulunbuy in the Northern Territory.

The NASA launches in the NT were an encouraging start for local launch, with three successful launches completed within a 15 day period.

The Arnhem Land launches were also the first by NASA in Australia since 1995, when a Black Brant IX rocket was launched from the Government owned Royal Australian Air Force Woomera range.

In addition to the ELA NASA launches, which saw a 30 person NASA team spend eight weeks at the site setting up in October 2021, with another 80 NASA personnel deployed on the site working with ELA at the time of the July launch, the Arnhem Space Centre site on the Dhupuma Plateau has major advantages for equatorial launch.

Australia’s Northern Territory – and East Arnhem land in particular – is ideally placed to host key infrastructure and services for the global space industry with competitive advantages in launch services for rockets and stratospheric ballooning, ground stations and space technology development and testing.

The facility has distinct areas, such as the launch pad with its 46 metre high weather tower and a telemetry hub featuring two telemetry dishes and one radar dish.

The Nhulunbuy facility has been some time in coming to fruition, and the vision goes back to 2015 when ELA was first formed.

The company then took the lease on the 275 hectare parcel of land in November 2017.

ELA was awarded its launch facilities licence and the launch permit for the NASA campaign following a two-year evaluation by the Australian Space Agency. The final approval was delayed by the Federal election, with Deputy Prime Minister Richard Marles signing off on the plan shortly after being sworn in in May 2022.

The land lease was taken out with the Gumatji Aboriginal Corporation, representing the traditional owners the Yolngu people, and the project has been very much a collaboration with the local indigenous community.

A third partner at the Arnhem Space Centre has been the Northern Territory Government, which has contributed $5 million and has some equity in the ELA business.

Overall, ELA has so far raised more than $20 million from investors and has plans to raise a further $50 million as it reaches sustainable profitability and a potential stock market listing in the future.

ELA recently re-located its corporate headquarters to Adelaide, where the State Government’s aspirations for the state to become a national centre for the space industry are gathering some momentum.

Adelaide-based Southern Launch has been one of the early movers in launch infrastructure and its two facilities on remote Eyre Peninsula are ready for launch, and for the next phase in the growth of the South Australian space industry.

The Koonibba range is a testing facility which covers around 10,000 square kilometres where rockets and payloads can be retrieved, while the 1100 hectare facility at Whalers Way is for orbital launch. The two sites complement each other in that rockets can be tested at Koonibba while orbital and more commercial launches can take place at Whalers Way.

A rocketry veteran with 15 years’ experience at the Department of Defence, Damp has experience of launching rockets at the facility at Woomera. Southern Launch searched far and wide for the ideal launch site and evaluated land in Western Australia and Victoria before choosing Eyre Peninsula, which is only a 45 minute flight from Adelaide.

Damp believes that 2023 and 2024 are the years when the program of launches is likely to ramp up, as local satellite manufacturers move into production and international organisations come to South Australia for their own launches.

“We’ve already got our first couple of orbital launches contracted, so its only a matter of time before we’re able to demonstrate our capabilities,” said Damp.

“As at September 2022, we are in the final steps of concluding the development approval process and when we get the thumbs up we’ll be able to start digging and further developing the sites, and we are working towards orbital launches as well as a number of sub orbital flights starting from next year.”

Southern Launch received a $1 million grant in 2022 as part of the Australian Space Agency’s Moon to Mars program, and these funds are being used to engage two South Australian companies – Feretti International and Hydroil – to build a transportable launch rail which can be used across the two sites.

The project is the first time that both Feretti, a pipe fabrication and structural steel company with 100 employees in Adelaide and Whyalla, and Hydroil have ventured into the space industry. Hydroil will design and build the hydraulic system for the rail.

“This is one of the key pieces of infrastructure for the site, and the grant from the Space Agency has been a fantastic help,” said Lloyd Damp.

“And we are getting very close to cutting the first pieces of steel for the rail, so that project is getting close to reality.”

Boosting the use of recycled material in infrastructure